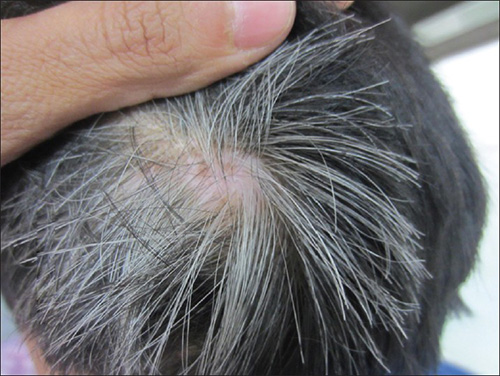 what is Graying of Hair?

Gray or white hair—sometimes colloquially called "salt and pepper" when it is 'peppered' throughout dark hair—is not caused by a true gray or white pigment, but is due to a lack of pigmentation and melanin. The clear hairs appear as gray or white because of the way light is reflected from the hairs. Gray hair color typically occurs naturally as people age. For some people this can happen at a very young age, even as young as 10.[medical citation needed]

In some cases, gray hair may be caused by thyroid deficiencies, Waardenburg syndrome or a vitamin B12 deficiency. At some point in the human life cycle, cells that are located in the base of the hair's follicles slow, and eventually stop producing pigment. Piebaldism is a rare autosomal dominant disorder of melanocyte development, which may cause a congenital white forelock.

© All The Rights Are Reserved By dranilbhokare.com